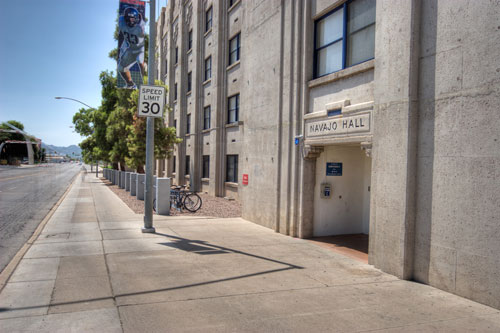 The east and west stadiums were connected in 1949 by the south stadium and underneath was erected Pinal and Navajo Halls, dormitories for men. Pinal is on the west side of the addition and Navajo is on the east side. 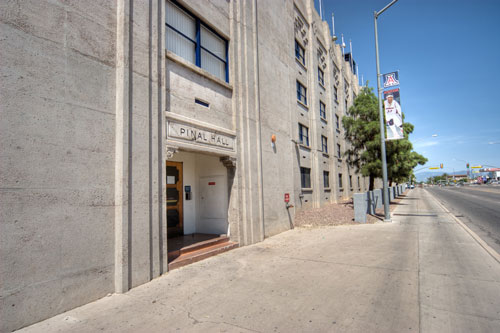 Jack Binns, before he went into the construction business for himself, was a sub-contractor, who had the duty of hanging an expensive pair of doors on Pinal Hall.

Binns said, "Howard Deming was there inspecting the work for Place and Place. I had the doors hung but hadn't put the hardware on and Howard was standing there watching. I fussed around a while before drilling into those expensive doors. Pretty soon, Howard said to me, 'Jack, it takes a lot to bore that first hole, doesn't it?'"