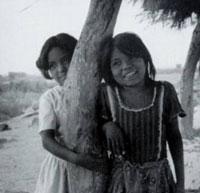 Journal of the Southwest

Each Spring we announce the recipient of the Edward H. Spicer Award for the best article published in Journal of the Southwest in the previous year. This annual prize is given in honor of the eminent Southwestern anthropologist, the late Edward H. Spicer, whose work has been an inspiration for scholars of numerous disciplines. We are pleased to present on behalf of our board of editorial advisors the 1991 award, with a $250 prize, to Susan Deeds for her "Mission Villages and Agrarian Patterns in a Nueva Vzcayan Heartland, 1600-1750," which appeared in our Autumn 1991 issue.

Dr. Deeds's essay represents the deep archival research and analysis that form the innovative and fresh interpretations upon which Southwest history is created and renewed. Her essay asks how patterns of land use and ownership, with their attendant disputes, limited the ability of indigenous peoples of the region to survive a colonial experience. Through study of the economic, cultural, and social relationships among the Indians, the missions, and the Spanish landholders, she puts forth a comprehensive theory that the loss of land, though important, was not the deciding factor in the destruction of the communities under study. Rather, it was a combination of demographic variables, including an increase in the Mestizo population, death through epidemics, and the practice of repartimiento, which frequently commandeered the work force from native villages during crucial periods in their agricultural cycle, that proved decisive in undermining Indian communities. The work here honored demonstrates a broad historical approach to a topic which is most timely on the five hundredth anniversary of Spanish presence in the New World, and one which is of increasing interest and concern to scholars of the Spanish colonial era.

"A Meeting of Two Worlds," a quincentenary commemorative event, will take place October 3-9, 1992, under the sponsorship of the Bureau of Land Management, the University of Arizona in cooperation with the Southwest Center, and the University of New Mexico. The activities will focus on the Spanish exploration of the Southwest and on the Native American and Spanish contributions to the diverse cultural heritage of the region. An initial one-day symposium in Tucson will include opening remarks by Manuel T. Pacheco, president of the University of Arizona. A five-day tour of sites important to the Spanish Colonial era will follow. The University of New Mexico will host the final two-day symposium in Albuquerque. For information, contact Gail Acheson, Bureau of Land Management, PO. Box 16563, Phoenix, Arizona 85011, (602) 640-5504.
-KAREN E. SEGER

Part of which site
Journal of the Southwest