This barrio is my home. 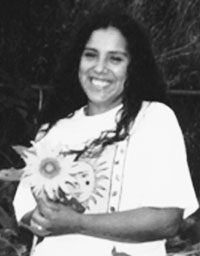 Why did you move to Barrio Anita?
I moved here to Barrio Anita because of Davis School. It's right by my house and my kids can walk there. Also, a big part was because I was living on the East side where I was not around my own people. I am a Chicana and I wanted to be around my own culture.

How long have you been living in Barrio Anita?
I haven't lived here very long, I feel very comfortable and have no problems here. I already know a lot of people and I'm very involved with the younger children. The children from the neighborhood call me mom. I also show them how to bead and I bake with them.

What do you like about Barrio Anita so far?
I like the way it is around here because it has an old feeling to it. Not a bad feeling, just a feeling that you can tell people have raised families here and have had many fun times here and many traditions that have been passed on from generation to generation. I like the way it feels when you know something has been around for a long time. I feel safe in this barrio. I have never felt threatened here. This barrio is my home. 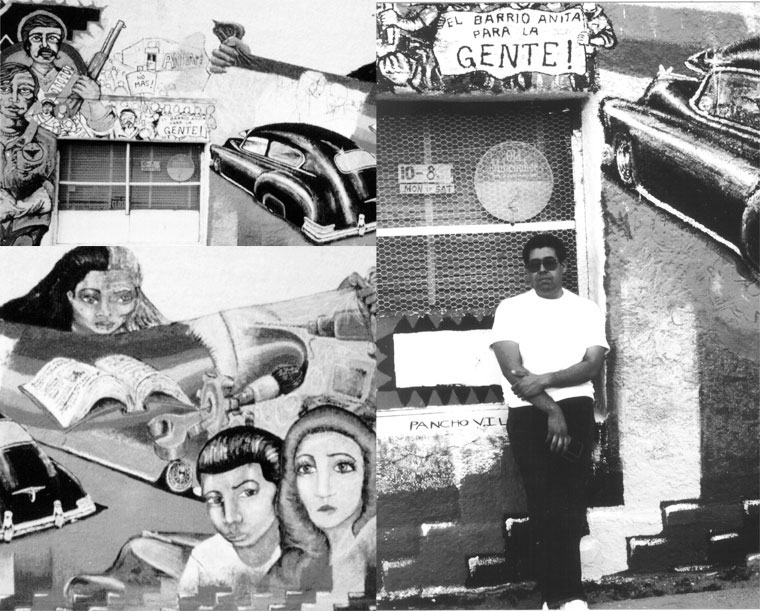 Have you heard any ghost stories about this Barrio so far?
Elisa Duran: At Davis School the crosswalk man told me that once in the ‘30s or ‘40s, there used to be a white woman who once worked here, and there was a time when she got real angry at a little Mexican girl. As a punishment, she locked her in a closet and accidentally left her there until Monday. The little girl was found dead on Monday morning. I swear, every time I look up at the school at night I see a glowing light, which has never died out. The light remains to this day. Every night I see this light, and I know it isn't a light left on by a janitor, because it’s the illumination of a person. D'ana Soto: I have also been told that the land of Barrio Anita was once Apache land and that the houses of Barrio Anita were built on an old sacred burial ground of the Apache Tribe. I'm Apache, so in a way I feel a connection between me and my past ancestors. I can feel my ancestors' spirits surround me. It's a good feeling. I feel secure and warm inside.

What is one good thing about the neighborhood?
I notice that moms help each other with the kids. We're always kid swapping. I also notice the elders walking their children to school and their tías and tíos also walk them. I think that is a tradition that has been around for a while. Also the older kids are always taking care of their younger siblings.

QUOTE:”This is a traditional Mexican Indian community. Where beads were once a form of currency; Once traded for food or livestock or even given as gifts at social functions. This time can be viewed as the older sister sharing information with the younger generation. This is an opportunity for us to preserve our culture as Chicana women. If we lose our language, then that is when we lose our culture."