I Knew I Was Coming to Stay

Cooking up a new life in Barrio Anita 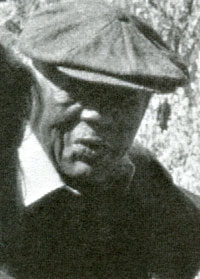 by Aran Canally and Jannell Davis

Barrio Anita Roots:
Around 1920, Roxie Moore's sister, Henrietta Moore, married John Noble and moved into a house in Barrio Anita on 998 N. Contzen Avenue. Roxie Moore moved to Barrio Anita from Louisiana upon the advice of his sister in the early twenties.

What about your childhood-who raised you at home? My grandmother. But I always kept money and just got what I wanted to get because I didn't have nobody to tell me what to do. I went to church and kept a good job
and always had money to live on.

So even as a child you were working? I was working ever since I was seventeen. 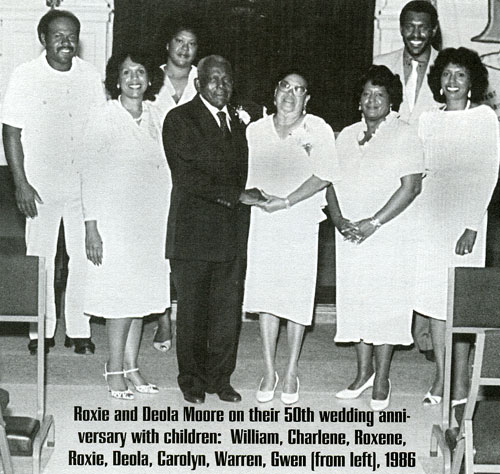 What were you doing? I was cooking and when I wasn't cooking I worked in the fields… before I came out here I wanted to get extra money and one.... time it was a struggle to save money so I went out and picked a lot of strawberries and they paid you at that time one cent for a basket and I picked enough strawberries to have a lot of money saved and I bought clothes and everything and... I came back to my home and I got a job in what they called the Blue Cafe, as a cook.

What kind of things did you cook? Mostly seafood like fish, oysters, crawfish and every kind of seafood you can find.

How did you meet your wife? We knew each other back in Louisiana. We were like sister and brother. I knew her mother and father.

What was her name? Deola Moore.

When you first came to Arizona to see your sister did you just come out to visit? Or did you come out saying. ''I'm going to get a job?"
I knew I was coming to stay. Eventually I got a job at Desert School Ranch. I was a caretaker there. It is for wealthy kids, and then in the summer I watched the building. I worked there for about twenty years....Ten years ago....they closed down.

Where was the Desert School Ranch? Where Ina Road is, way back in the Catalinas.

What religion are you? I was raised in a Baptist church, but now I am Catholic. When I got married I had to swear to the priest that all my children would be Catholic, which they are. 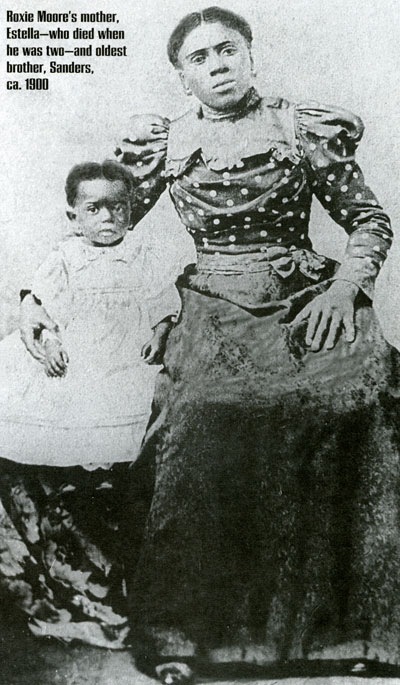 Where was your wedding? It was here in Tucson at the San Augustin Cathedral. It wasn't in the church because back in those days colored people weren't allowed to go in the church. My wife's aunt, she went to a man higher than the priest, I think they spoke in French... I don't know what she told him but she made it alright with them. We were married in the priest's house because my wife was Catholic so we were allowed to marry. The priest's house was next to the church. It wasn't a big wedding. I was wearing a dark blue suit and my wife had a dark blue dress on. It was real plain. My family was very religious but they didn't make a big deal about me changing for my wife. We weren't allowed to attend the Holy Family parish because it was a Spanish church. [Eventually, we consulted with the church] and then we were able to go to Holy Family. After we were allowed to get in, the priest that ran it went back to Spain. My oldest son was an altar boy at the Cathedral.

Do you still go to church? Yes.

Were you ever in clubs at Holy Family? Yes, I was in the club the Legion of Mary. I would be called to go in and march or to do things for them. Everybody would work together and sometimes they would have Spanish dinners or something like that.

How did different racial groups get along in Barrio Anita? Well, they got along pretty well... I didn't talk the Spanish but they were friendly to me, you could feel welcome. I just like to stay home a lot.

Have you ever had a problem with racism? Well, yes, but I didn't talk about it because all it would turn into is a big fuss and fight so I didn't get into it... I just stay away from that and I don't be bothered... that is the best way. You stay out of trouble because you know they were wrong in the first place, then you will get along good.