The Riches of Family 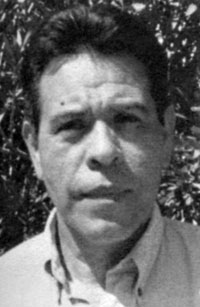 What was it like at Davis Elementary? [When] I was in the fourth or fifth grade at Davis, they put me in a special class to fix my English accent because it was so bad. They used to just send us home or sit us in the corner for punishment. To be a patrol boy at Davis you had to be of a higher grade.... I was one. It was good to be a patrol boy because all the other kids had to listen to you. You did get spanked though. I remember one time when I was in sixth grade, I loved to talk and I was talking and finally the teacher found out who it was that was talking and he sent me out in the hallway. He told me he wanted the hallway spic and span and I asked him, where is the Spic and Span? When it was my lunch-time, he kept me after and swatted me.

How did your parents meet? My parents' story of how they came to marry is very interesting. My Mother went out on a date with my Dad and she stayed out past twelve midnight, so when she came home my Nana told her she had to marry my Dad because she stayed out too late. Even though nothing happened, [my Nana] assumed that something had happened and [my Mom] had to get married because it looked bad. She had a chaperone, but the point was she stayed out too late. They had a big family because my Dad believed in big families and back then if you used birth control you were considered a woman of the street. I have twelve brothers and sisters, counting me. 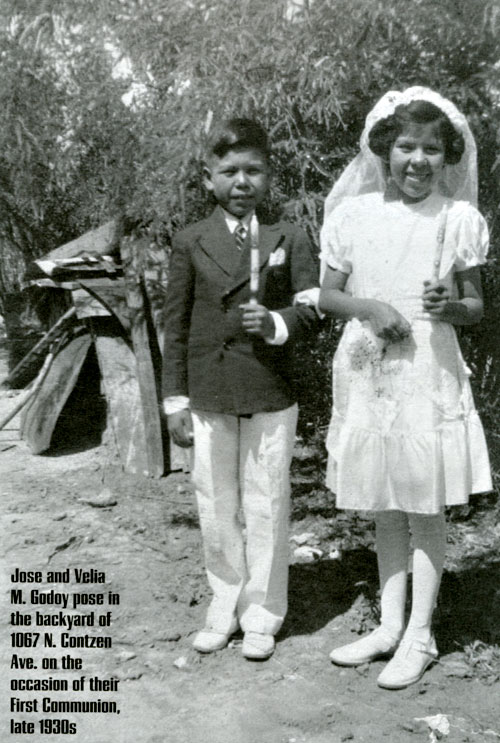 Did any of your grandparents watch you as a child? When I was little I lived with my Grandmother Virginia Urias for a few months and she used to tell me stories of how her father Juan Urias was born here and how he used to have a farm and how they used to go back and forth to Mexico on [a] coach.

How did your parents support the family? My father used to work for the Southern Pacific. Most men in the neighborhood did that and some women did housework for people outside the neighborhood.

If you were writing this book what would you consider be the most important information to include about Barrio Anita? If I was writing this book I would write basically of the families. The way they were all tied together and the way they looked after each other's children. Basically the way you were brought up to respect your elders, the way your grandma's always in the picture ... Basically all the families were the same, to tell you the truth, you don't think of [yourself] as being poor, you're too happy ... everyone around you was in the same situation... My best friends were basically my relatives. Most of my family's best friends were relatives.

Was your family very religious? My Mom was involved in a group at Holy Family called the Guadalupanas. Even though we were poor, my mother always found something to give. My Mom was very charitable.

How did the different ethnic groups in Barrio Anita get along? The African Americans basically stayed together, they hardly mingled with the rest of the neighborhood... The Chinese, we used to buy items from their stores, they used to give us credit and we would pay them at the end of the week ... They were gone by the sixties or seventies when they were constructing the freeway.

Tell us about your house on Contzen, we heard it's haunted. The previous owner of our home on 1009 North Contzen Avenue was Thomas Lemas. According to the 1920 census, he was forty years old and from Michoacan, Mexico. His wife was Margarita and his two children were Elisa and Guadalupe. Lemas was a merchant. He ran his home as a neighborhood store called Siglo Viente. It was popular among the children for its cactus candy and a special candy called miel can chones. In the summers on weekends he sprayed the ground with water for evening dances. This is where my parents were introduced to each other by my mother's brother, Francisco. Around the early forties, Tomas Lemas died and the store was put up for sale for the back taxes that were owed. My parents paid the taxes and took possession. My father and my mother's cousin, Diego Ortiz, added more rooms to the house. My siblings and I were born here. Growing up in this house was quite an experience because it was haunted. We would hear strange noises. My father said it was haunted because Tomas Lemas had money buried somewhere. In the middle fifties, the old families started moving out of Barrio Anita. This was the beginning of the end to the barrio that we knew. My family moved sometime in the middle to late sixties when the City of Tucson started their urban renewal. My father wouldn't sell the house to the City of Tucson and he refused to move out of the house. But then, in 1987, he had appendicitis and died. My older brother went to get stuff from the house: My Dad always had a cowboy hat and in the hat [my brother found] a little map. In the middle of the house there was a storage room. The map pointed there. My father had buried money there enough to pay for his funeral and burial. When my father died, my mother sold the house and soon after it was demolished. Today it's a vacant lot among the several others in Barrio Anita.