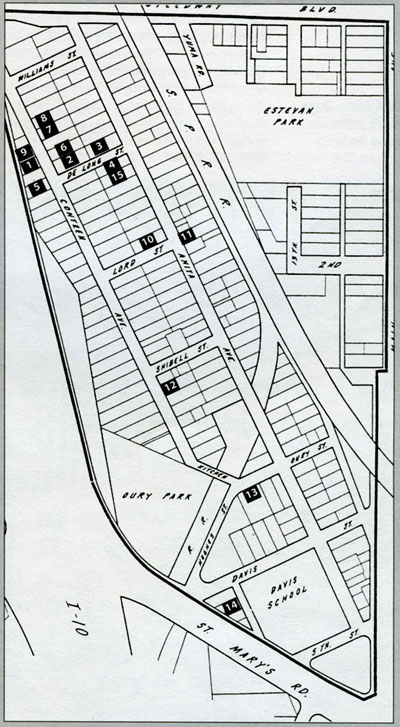 The following people were all living in Barrio Anita in the fifties. These are the ways in which they were connected:

3 & 14. Tellez/Aguirre. In house #3, Fabian Aguirre lived with his wife Refugia Tellez. In house #14 was the home of Alfred Tellez and his family (see Tellez interview).

4. Acedo/Teliez. Related through marriage to the Tellez family.

12. Gonzales/Urias. Rafael Urias Gonzalez was Virginia Urias Monreal's nephew. He was a son of her half sister.