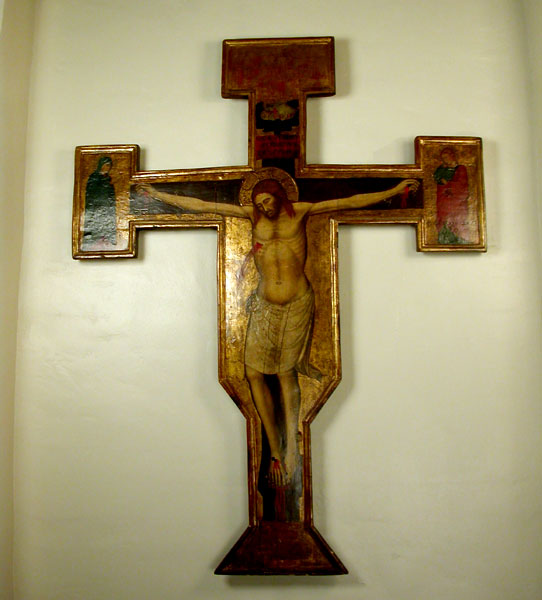 The large, tempera-on-wood cross above the chapel altar shows the Crucifixion. It was given to the Church by the Kress Foundation on 12/9/1961. Mary, Christ’s mother, is at Christ’s right hand, and St. John the Evangelist is at his left. (John 19:26, 27) Originally, there was a pelican feeding her young at the top. Jacopo di Cioni was the younger brother of Andre de Cioni, the most famous artist in Florence after the Plague in 1340. After Andre died in 1368, Jacopo completed many of his brother’s pictures. He belongs with the Florentine school of painters (1368-1400). [source: tour notes]