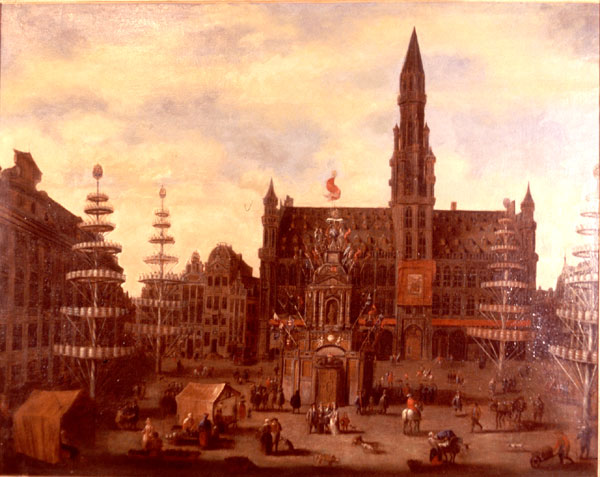 Given to St. Philip's Church by John (Jack) Goodman, Tucson, early 1960s; purchased from a Los Angeles dealer. Much of the sky has been overpainted, but the original painting remains underneath. All of the rest of the painting is largely original with a few repairs and touch-ups. Last cleaning and revarnishing was about 1937.

Van Bredael was a Flemish painter of the 17th and early 18th century. He lived most of his life in Antwerp (Anvers), Flanders. In the 1640s, he traveled to Spain, returning to Antwerp in 1650, when he joined the painters Guild of Anvers. Among the musuems containing his paintings are: Antwerp, Breslau, Brest, Brouges, Cambrai, Chalcas, Helsinki, Lille, Nantes, and Stockholm. (Bénézit)