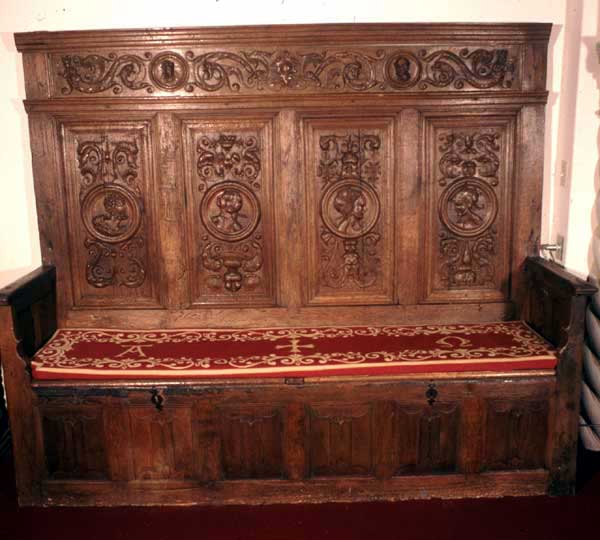 This oak stall was probably carved for the court of Charles I of Spain, who was also Charles V, Emperor of the Holy Roman Empire (1543-1608). At the top, it shows the patron and his wife, who probably had the seat made, carved in a leaf-like setting. Other carvings are probably Greek or Roman gods, as well as a siren and a dolphin, indicating that it may have been a wedding gift to the couple. Another theory is that it may have been carved for the hall of a castle where the sirens and dolphins symbolized sailing ships that crossed the ocean for international trade. Known in Spanish as a “sedilla” or a “caja” (box), it was used as a bench or as a bed, and has a raised lid so that linens could be stored underneath the seat. A parishioner sewed the needlepoint cushion. View a detail of a carving. [source: tour notes] 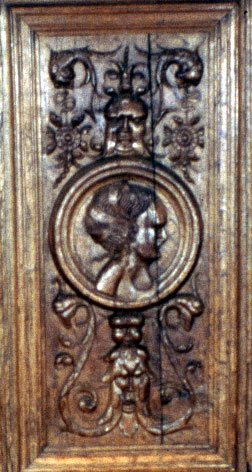