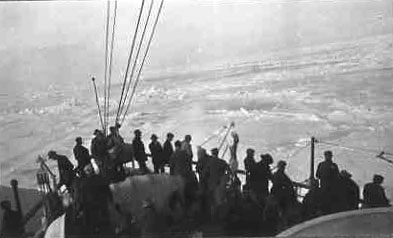 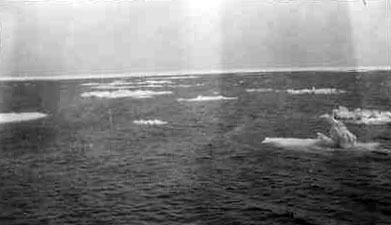 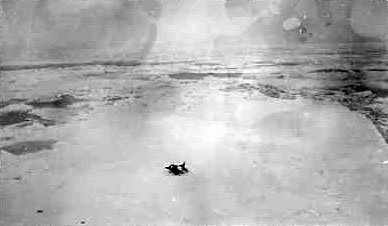 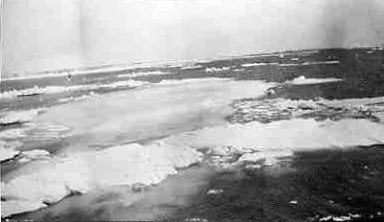 Dutch Harbor history: In June of 1942, "Japanese aircraft bombed Dutch Harbor starting the Aleutian Campaign. During the campaign, the Japanese invaded and occupied Attu and Kiska Islands. Aleuts, the indigenous residents of the Aleutian Islands, were evacuated from their homes and housed in Southeast Alaska "duration villages." The Battle of Attu was fought in May 1943, and the Allies invaded Kiska on August 15, 1943." [source TravelAlaska.com © 2001-2007 Alaska Travel Industry Association] 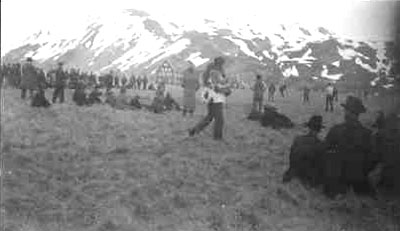 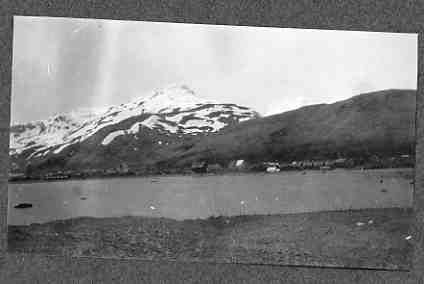 Tom left the University in the spring of 1900. The Portland anchored
offshore of Nome, where the men could walk across the ice to land.
During idle times, they posed for the camera. 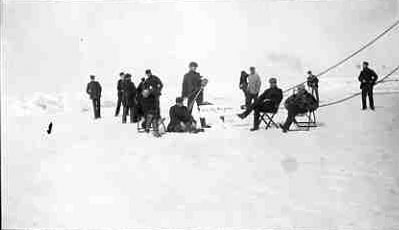 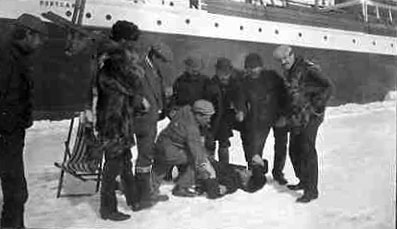 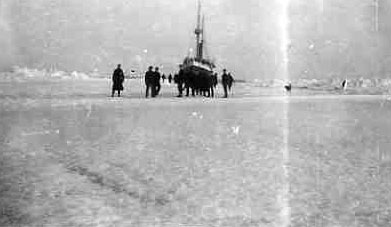 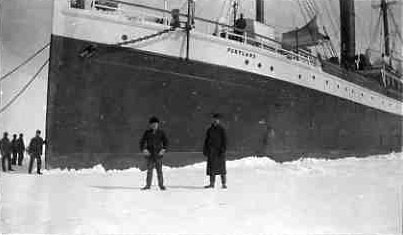 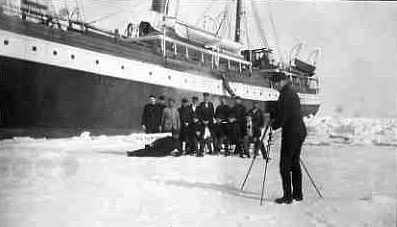 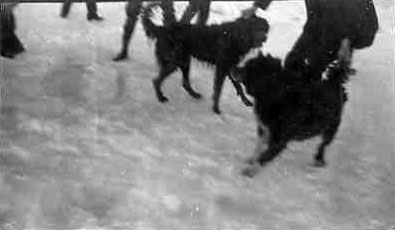 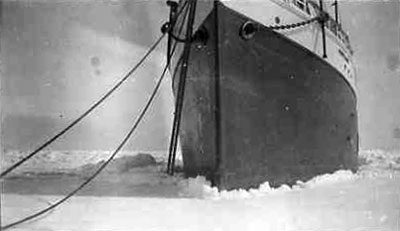 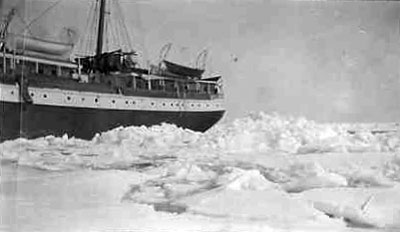