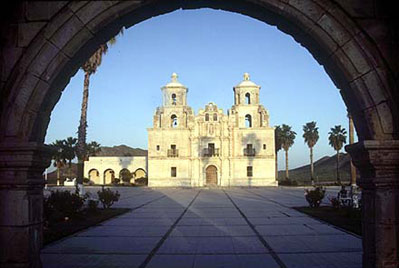 The Arch at Carborca Mission. Completed in 1809 by the same master who built San Xavier del Bac in Arizona, this lovely stone church has suffered from flooding twice in the present century. The floods of 1994 removed the recently restored convent wing and slightly damaged the apse of the church itself. 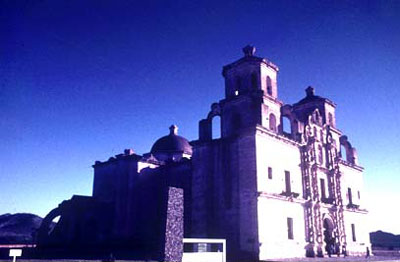 Oblique view of the Caborca Mission. The church stands in a plaza dedicated to the heroism of the Caborcans who defended their village in April, 1857, against members of Henry Alexander Crabb's filibustering expedition. The arch in front of the church is from the graveyard of the mission church at Batuc, Sonora, and was brought to Caborca when that mountain community was submerged under the waters of a man-made lake.
We are fortunate to have historical images of La Purísima Concepción de Caborca Mission after the 1917 Flood. The images you see were provided by former UA graduate student and fourth generation Arizonan-Sonoran, Walter Pentland IV.

We also have more images of the Mission, photographed in March 2001 by David Cashman of Sydney, Australia.

The images on this page are from photos taken by the great-grandfather of former UA student, Walter Pentland IV. Mr. Pentland explained that his great-grandfather and grandfather were the owners and general managers of mining businesses in Mexico, ranging from Zacatecas and Guadalajara, to the Gunsite mine between Lukeville and Caborca. 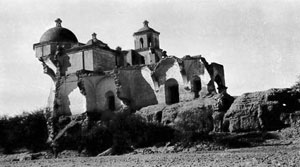 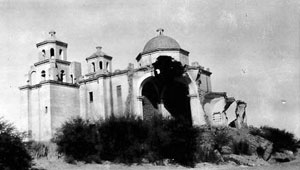 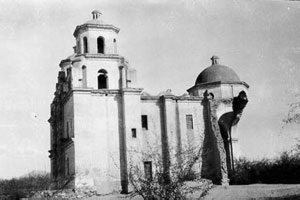 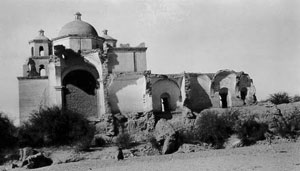 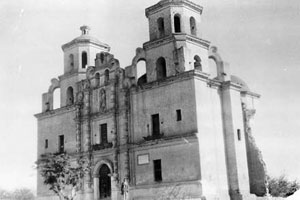 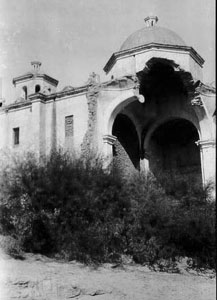 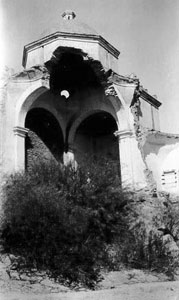