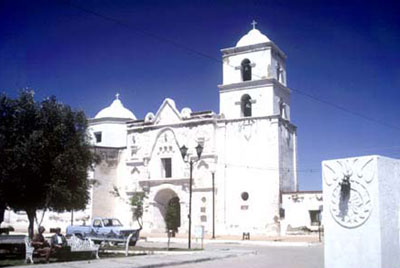 A Franciscan construction of fired brick, finished in the 1780s. This church is noted for its elaborate carved plaster relief work inside and out. 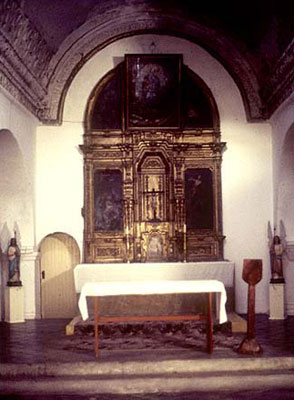 Retablo Mayor. This interior view of the mission at Tubutama shows the carved gilded retablo mayor, which was obviously intended for another church in the region, as it is dedicated to St. Joseph.
These next three images of the Mission San Pedro y San Pablo de Tubutama are from photos shot in 1998 and are provided courtesy of Marcela Perdomo 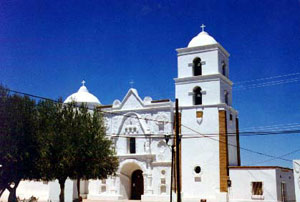 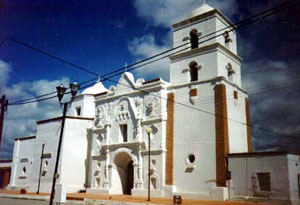 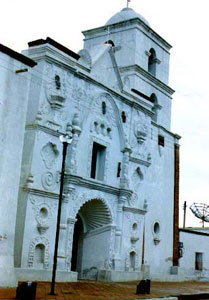