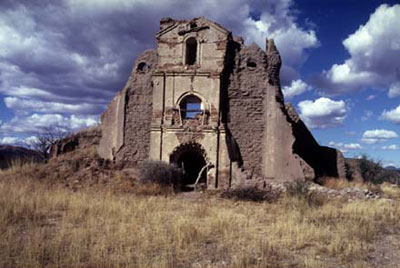 A small adobe church was under construction here in 1695, but was burned three years later in the first of a series of Apache attacks that finally led to the village being abandoned around 1845. The ruins that now stand on a hilltop, guarded by a Mexican government representative, show that the Jesuit church of raw adobe was engulfed in a later Franciscan construction of fired brick. 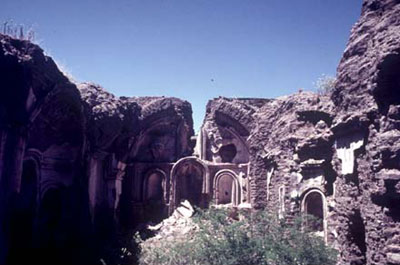 The interior looking towards altar. Most of the visible brickwork dates from the early l9th Century. The ruined condition of the church is due in part to the depredations of treasure hunters from both Mexico and the United States, seeking the legendary (and non-existent) gold of the missionaries.