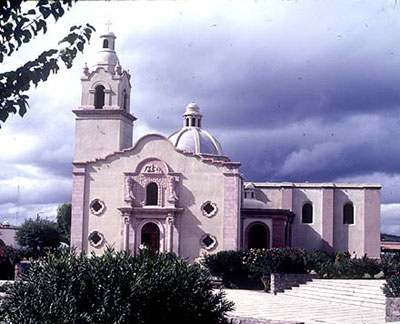 Church and plaza, Santa Maria Magdalena. The church in the illustration is not of colonial construction, having been built in the 1830s and having been heavily altered in the present century. A side chapel holds a life-sized reclining statue of St. Francis Xavier, the informal patron of the Pimería Alta. He is honored on October 4 each year with the largest religious pilgrimage and fiesta in Sonora. 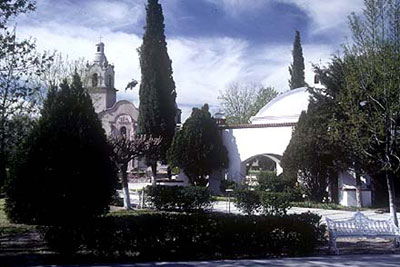 Kino rotunda and church at Magdalena de Kino. The small domed building on the right protects the bones of Father Eusebio Francisco Kino, S.J., first missionary to live permanently in the area. These bones, discovered by an international team of archaeologists, are on view in their original resting place under the floor of a now obliterated chapel. 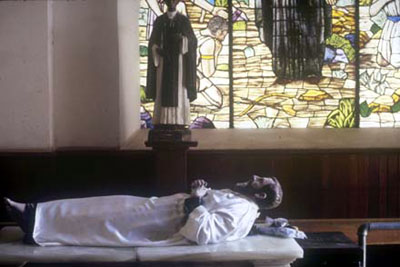 San Francisco Xavier. The miraculous statue of Saint Francis Xavier's incorrupt body in the side chapel of the church at Magdalena de Kino. This is a 1940s replacement for an earlier statue which was taken from the church and burned in 1934, during a time of religious conflict in Mexico. The annual religious fiesta associated with this statue is the occasion for the region's major annual pilgrimage.