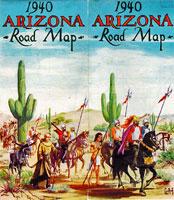 TSHA Online A digital gateway to Texas history produced in partnership with the College of Liberal Arts and the General Libraries at the University of Texas at Austin. Features The Handbook of Texas Online is a multidisciplinary encyclopedia of Texas history, geography, and culture. It comprises more than 23,000 articles on people, places, events, historical themes, institutions, and a host of other topic categories.

The Impact of Climate Change and Land Use in the Southwestern United States From an interactive and three-day face-to-face workshop held at the U of A's Udall Center that was designed to provide background information and stimulate discussion on the effects of climate variability, possible natural and human-related long-term climate change, and land-use change in the rapidly-growing southwestern United States. This information is being used by the U.S. Global Change Research Program as part of a national assessment of Global Change issues. Excellent resource for data on Climatic & Drought, Impacts of Climate Change, Societal Impacts and Responses, and links to Information Resources.

Southwest Area Fire Management "This site has been developed by the Southwest Coordination Center (SWCC), an interagency wildland fire resource coordination center located in Albuquerque, NM, to provide the general public and the wildland fire community with information on wildland fire activity in ARIZONA, NEW MEXICO, and Federal units in WEST TEXAS."

LearnCalifornia.org's Heritage Sites of the Southwest

Arid Land management - Santa Rita Experimental Range "As the first experimental range, it was founded in 1903 and administered by the United States Forest Service until 1987 when the University of Arizona College of Agriculture took over administration of the site."

Malpai Borderlands: A Mosaic of Diverse Habitats "The Malpai Borderlands ... are located on major political and biotic boundaries. They are located astride the Arizona/New Mexico border just north of the United States/Mexico International Boundary. They are also located in the center of one of the most biotically diverse region in the United States."

Santa Rita Experimental Range Land Use Scenario Instructional Module [To use the interactive land use module, select GUEST, then SINGLEUSE]

Tohono Chul Park: located in Tucson, it is "the Southwest's center where nature, art and culture connect."

(CEDO) Intercultural Center for Study of Deserts and Oceans Puerto Peñasco, Mexico, on the upper Gulf of California: "Twenty years as an environmental voice in the Puerto Peñasco community and twenty years of programs with U.S. students, teachers, and tourists has produced a great international resource working for the benefit of the Sea of Cortez, the coastal Sonoran Desert, and the people of the region."

SAHRA: A Science and Technology Center for the Sustainability of Water Resources in Semi-Arid Regions from the University of Arizona's Department of Hydrology and Water Resources

Part of which site
Defining the Southwest