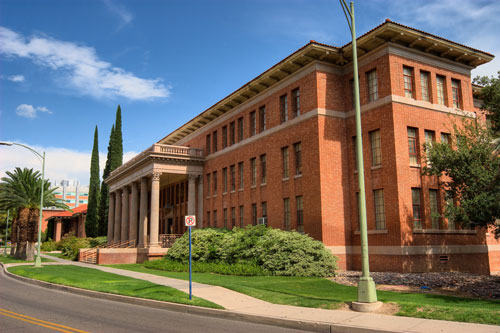 UA President Dr. Rufus B. von KleinSmid in 1920 persuaded Gov. George W.P. Hunt to obtain funds from the Legislature to build a dormitory for male students. As usual, the Legislature under Hunt, voted for the funds. The dormitory was to become Cochise Hall.

The firm of Lyman and Place was hired to produce the design. English and Pierce, of Los Angeles, were the low bidders for the construction and the building was completed in November, 1921.

It is a three-story, red brick building with terra cotta trim, a tile roof and of reinforced concrete. The College of Architecture states that its style is classical revival with hexastyle (six) Corinthian columns. The fluted columns are two stories high. It has one of the finest porticos in the Southwest.

Additions were put on to the east and west wings in later years. Between August, 1943, and March, 1944, 200 Army personnel in the Army Specialized Training Program were quartered at Cochise Hall. Double-decked costs were set up on the floors to sleep the men. Officers were quartered in glassed-in porches.

In 1944-46 Cochise Hall served as a dormitory for women students, but afterward and since, it housed male students. Located directly south of the University Auditorium, the hall cost $264,555 to build. 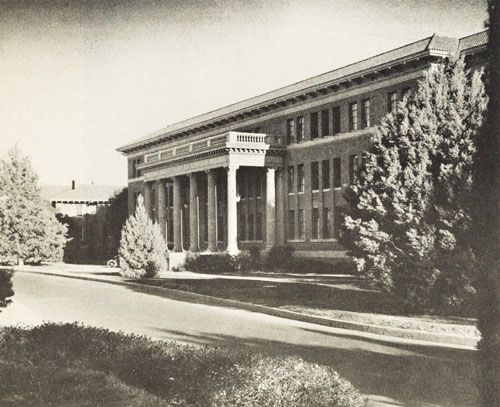