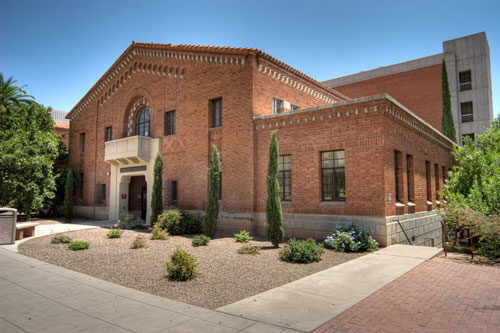 Warren Moon, an architect for Place and Place, recalls that the 1966/67 remodeling was to convert it from the Administration Building to the Alumni Building. "I remember, we took everything out that had anything to do with administrative purposes, removing all the old cashiers' cages and other equipment." When old equipment is removed from a building that is being remodeled, it is stored at the university for future use, if such a use can be found. If it cannot be used again, it is scrapped.

Opposite: The Administration Building (PWA). Renamed in honor of an Oxford scholar. 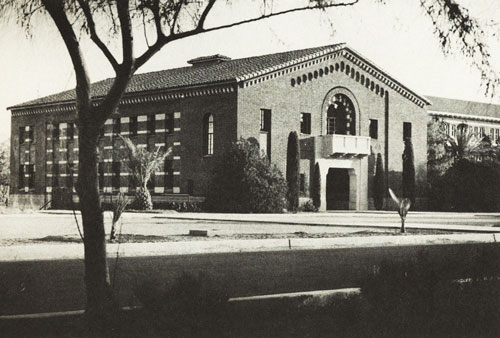