Where was the Baboquivari School located?

View a drawing of the Palo Alto Ranch [5K] by Ramon Beltran, from Three Points. 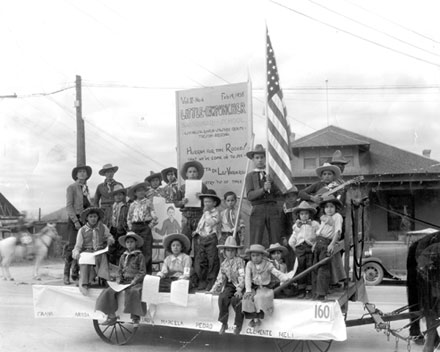 In 1935 Victor Aros was in the the second grade and Pedro (Pete) Aros was in kindergarten at the Baboquivari School when it was located on the Poso Nuevo Ranch, where they lived. In 1939, Victor was in the the sixth grade and Pete in the fourth grade when the Baboquivari School was located on the Palo Alto Ranch - Sasabe Route. That year, Victor was also the "editor" of a February 24, 1939, Arizona Daily Star Fifteenth Annual Rodeo Edition of The Little Cowpuncher.

Victor Aros has competed in rodeos throughout his life and is teaching roping his grandchildren after school on his ranch.

Victor and Pete were interviewed on November 22, 2002, at their ranchito in South Tucson. 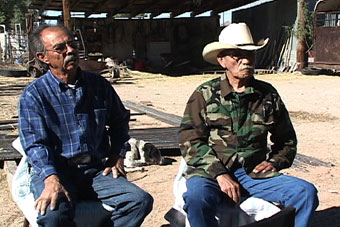 Part of which site
School on the Range: The Little Cowpuncher Roundup