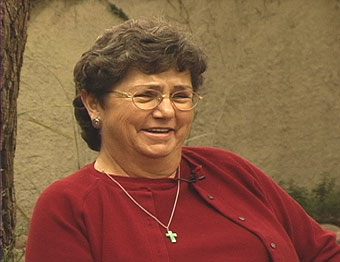 Lee Bell Taylor was of kindergarten age at Sopori School in 1942. Her older sister Alice and brothers Eddie and Jimmy also attended Sopori. Their mother, Irene Hackett Bell, drove the school "bus." Lee described the school bus as more of a stationwagon that was fitted with bench-like seats for its young passengers. The "bus" in the image of Sopori School  that Ms. Taylor provided is probably the same size as the "woodie" that her mother drove in 1941. 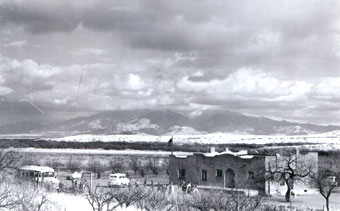 Lee Taylor, youngest Little Cowpuncher at Sopori School in 1942, went to school at five years old. She attended Sopori with her brother Jimmy and her older sister Alice, who was in the 8th grade. During her interview, she recalls her mother's experiences driving the school bus going to Tucson for the Annual La Fiesta de los Vaqueros and Tucson Rodeo Parade, living on ranches, and playing baseball and other games at school.

Part of which site
School on the Range: The Little Cowpuncher Roundup