I was a neighborhood traviesa! 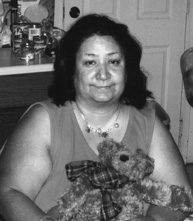 What is your full name?
Dora Estela Carley Dalton

What is your address?
632 N Anita Ave. I was born and raised in this house. I have lived here for thirty years off and on.

How many children do you have?
I have one son, Juan Marcos Rojas. He is my only child. He watched too much TV, listened to too much music, slept too much in the daytime. He also grew up in this house. At eighteen, he joined the Air National Guard, and has been in it for twelve years. Like a mother, I nagged too much and worried he wouldn’t be what he was meant to be. Thank God he’s alright.

Who were your parents?
My father was Alejandro Carley, from Barrio Hollywood. My mother was Elena Victoria Dalton, she grew up in this house on Anita Street. My mom was born in ‘27, I was born in ‘47, and my son was born in ‘67, all twenty years apart.

Who were your siblings?
I have two brothers, Richard and Fred Dalton. Richard was born in 1950. He’s the second child. Fred was born in 1952, he is the third child. I was the first child.

What memories do you cherish?
My most special memory of this neighborhood is the arroyo. The arroyo was my special place. I used to see peregrine falcons, families of javelina, and skunks who had gotten lost. Some of the boys would come to get the reed stalks that grew there to make flutes. I used to spend days and days in the arroyo, studying the bugs and squirrels.

What would guys and girls wear when you were a teenager?
The oxford saddle shoes were very popular. Girls wore the poodle skirts and cashmere cardigan sweaters. It was a nice time; women were sexy, feminine, classy and chíc. The guys wore khakis, and ironed, white t-shirts. They had no wrinkles in any of their clothes.

What would you say the biggest changes in the barrio are?
There are not as many kids and families in the barrio anymore. That’s been a drastic change. If you don’t have any kids, you have no more heart. Kids are the heart of the neighborhood. We have lost our stores. There used to be a store on every block. There were three gas stations, a hardware store, a pool hall, a grocery store, and a menudo place. The majority of the people we have in the barrio are elderly people over seventy and they can't get to the stores. I'd like to see a good old- fashioned store back in the neighborhood.

What do you think is best about the barrio these days?
What I like best about the neighborhood is the artists who live here, and the crisis prevention center for women. Also the two gardens; it is beautiful to see the kids working on it.

Who were your good friends?
Rachel Siqueiros...Michael Hubbard is my oldest friend. Also Eloise, Anita, Henry, Frank, John and Louie Herron, and “Squinky” Cynthia Fimbres. The Smiths, they were like my sisters

Did you have a crush on a guy in the neighborhood?
I knew the boys in the barrio so well that it never dawned on me to even check them out. I had a crush on Leonardo Martinez. Leonardo was a hazel- eyed g¨uero. Well, remember, I was a tomboy. My cousin Tonia came to spend the summer with us one year. She was mad because she couldn’t go to a party at the Rodriguez house unless she took me, so she dressed me in pumps and a spaghetti strap dress, and she made me practice in those shoes for two weeks. She also put curlers in my hair because the hair style then was a teased bob. She was so mad at me because I had a twenty inch waist. Nobody knew because of the clothes I usually wore, and I looked so good, I was 37”- 20”- 37”. Well the night of the party, Tonia made me promise not to talk to anyone. At the party, Leonardo’s mouth dropped. I pretended to be someone else, and no one recognized me. Leonardo and I danced every song together. Then he asked me about Estela Dalton, who I said was my cousin, and he said, “I’m glad that brat isn’t here.” I kicked him and said, “It’s me you’ve been dancing with!” and I ran back to the house in tears.

What were your moral views as a teen?
There used to be an old saying, an old Mexican saying, “Manzana provada ya no se vende.” An apple that has been bit into will not sell. A woman had to keep her legs crossed at all times. If a man’s hand kept traveling too much, he could expect to get pricked with a big safety pin. Some of the ladies carried them on the hems of their dresses. It would “deflate” any situation. It was “the cross and pin” method of birth control.

Do you know of any ghost stories in the barrio?
Yes, I have two good ones. Well, there was a Ouiji woman in the row of apartments on 5th. The rumor was that she buried all her money all the time, and that she was killed for the money but it was never found. In the apartments behind my house there was a bruja. She grew vegetables, and herbs, and had hens in her yard. I would go there to help her with her garden, and sometimes she would give me a chicken to take home and cook. When I was eleven, I went to the vieja’s apartment to work in her garden with her for a while, and she gave me a chicken. She told me not to take the shortcut home that evening. She said to take the alley and the road, and not to cut through the lot by the shed and the outhouse and the two-story building. I took the shortcut anyway and it was dark by then. Suddenly a huge black dog, who had never before been seen in the barrio, rushed me. It had red eyes and foam in its mouth. I am usually not afraid of things, but I panicked. I heard the voice of the vieja calling to me, “Run, go the way I told you!” But I didn’t see her anywhere. Suddenly a huge tomcat attacked the dog, and again I heard the voice of the vieja, “Run!” I ran home and put Holy Water all over myself. Three days later I went to see her. The front door was open, and the apartment was dark inside. She didn’t answer my knock, so I crept in. When I got to the bedroom, I saw the vieja standing over an old negra in the bed, caring for her. She was putting a cold compress on the woman’s face. The negra had deep scratches all down her face. I ran away, and never visited her again. The house where she lived no longer exists.

What kinds of jobs did you have?
As a child, I made a carreta out of baby carriages and wheels from broken toys. I put two pails, a brush, a broom, and rags in it, and I took a notebook and pencil. I would push my cart to Snob Hollow, and collect the returnable bottles. A regular bottle got three cents, and a quart bottle got five cents. I would put the bottles into the wagon, and clean the person’s porch, even wash it down with the hose and the brush, and then take the bottles to the Chinese market. Sometimes the merchants would get mad at having to turn over all that money to me. I would charge the Snob Hollow people one cent for the small bottles, and two cents for the large bottles, that was my cut. I would return the money that was left over to the people, but many times they would let me keep it all because of the job I had done cleaning their porch. I would make about fifty dollars per week. It was that little extra bit of work that got me the most money. 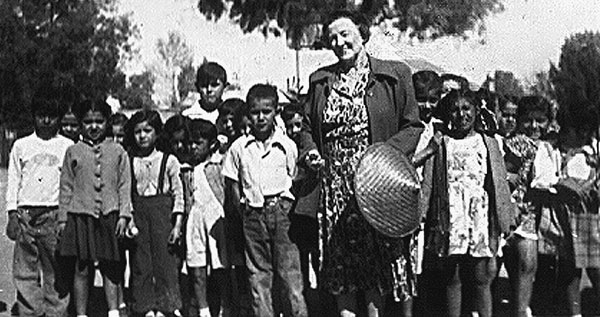 Who did you admire?
I thought my grandmother was the smartest person. She would say, “Times change. You change with the times, and you will be smart.” Mrs. Banks is a great person. I admired the Jeffersons, Calvin White, Harold Scruggs, Michael Hubbard, Martin and Cornelio Torres, and la hija de Bertha Rico, Rebecca Montaño. Frank and Julie Soto, Charlie Gallardo, who is a policeman. I admired Teresa Bernal, because she worked very hard. Her oldest daughter is the principal of a school in Yuma. Her youngest daughter is a nurse; her daughter Margarita is a judge. John, who I used to beat up, was named head of a commission in Texas by President Clinton; and Martin works at a T.V. station. All the kids of the family are successful. I respect Monsigñor Carrillo because of what he did for this barrio. For the future, I look for Xavier Cruz to make it big. He is a brilliant artist and orator.

Where was the main “hangout” when you were a teen?
Oury Park, Del Rio, the C.Y.O. at Holy Family, and the big house of Sarah, Sylvia, and Carmen Rodriguez. They threw the best neighborhood parties.

Do you have any advice for the youth or people reading this book?
All families here can go to the Tucson Historical Society and start a “family jacket”. They will preserve your special photos, archive them and keep them safe for you. Anyone in your family can go there and look at the pictures, and buy a copy of it if they want to. I have some advice for the young people today: Challenge yourself always. Learn new things. See more than your own back yard. Don’t let problems stop you